Best of 2017: Most listened to shows on Mixcloud 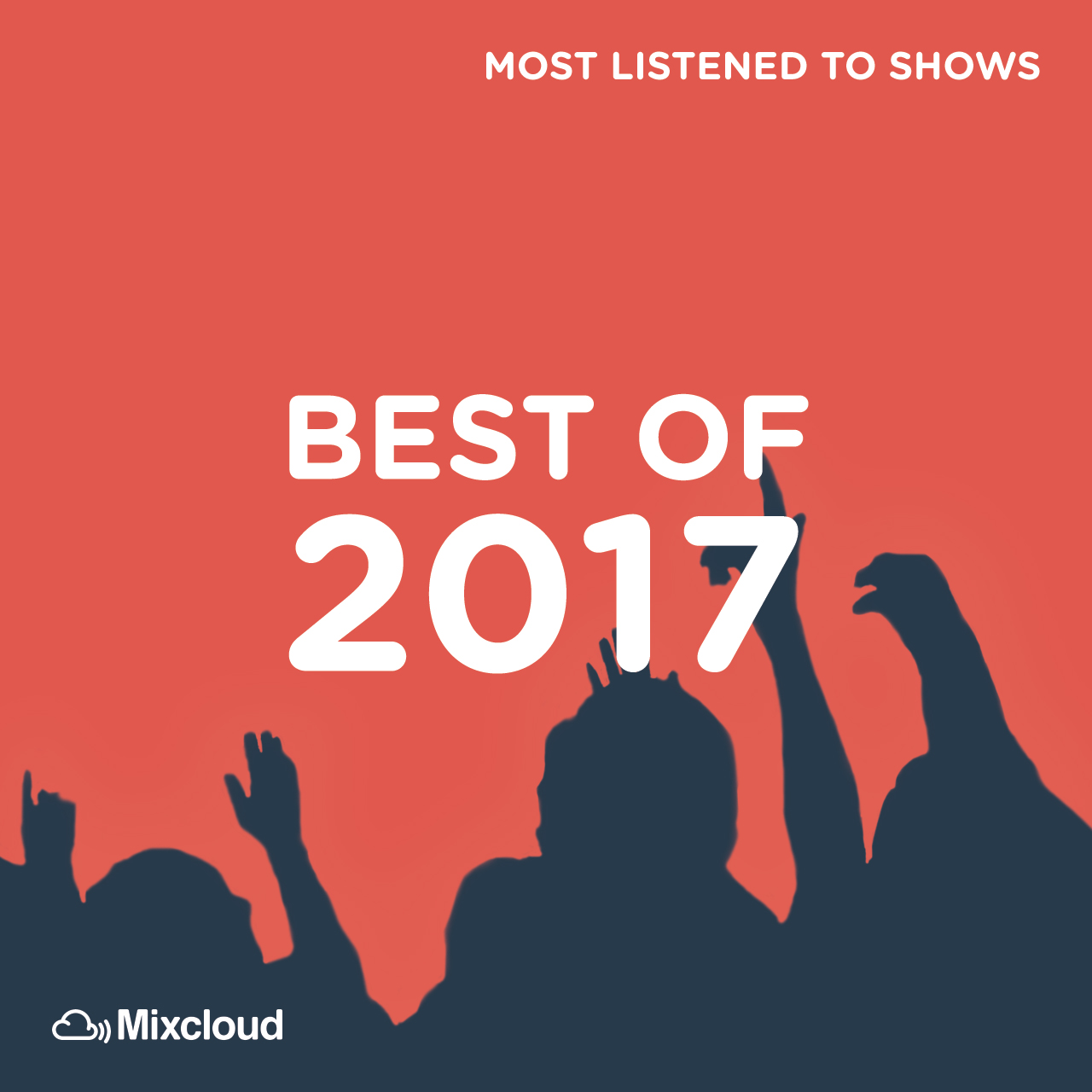 2017 had it all. The legendary Carl Cox called an end to his Global radio show, while the likes of NTS Radio continued to pioneer online radio with original shows such as ‘Radio Ghibli‘.

But which shows did you listen to the most in 2017? All is revealed below in our list of the overall top 10 most popular shows this year. This list is calculated based on the total minutes listened per show.

ENTER boss and all-round techno pioneer, Richie Hawtin, shared this brilliant live recording of his set at The Block in Tel Aviv.

But don’t just take our word for it. Here’s what the Canadian DJ-producer had to say about the mix: “The night was a perfect synchronous moment between the audience and I, immersed together in warm frequencies emanating from a sound system impeccably curated by the clubs owner”.

Sounds about right to us.

The three deck wizard shocked the dance community when he announced the end to his ground-breaking radio show, Global. But not all was lost because we were left with this seminal show with a track-list spanning three decades of music.

DJ Jazzy Jeff and MICK’s ‘Summertime’ series is a highlight of the year for hip-hop heads all over the world. Volume 8 dropped at the start of July and immediately topped our charts, with its slick blend of retro and soulful vibes.

More of the same please.

With 60 minutes of non-stop club anthems and EDM hits; it’s no surprise this AMMONA show has racked up over 100,000 plays and climbed to the eight most-listened to show of 2017.

You can always rely on DJ Vadim to deliver. A veteran of Mixcloud, the Russian-born producer-DJ is famous for his tight blends of reggae, hip-hop and anything that will make you bounce.

It’s been a phenomenal year for the London-based DJ, who has been a driving force behind the afrobeats sound sweeping over the capital.

His Mixcloud shows have become the definitive source for new R&B, afro-bashment and hip-hop, and show off his unrivalled skills as one of the finest selectors for today’s generation.

UK-based DJ Arvee and DJ Stylus teamed up for this special 2016 end of year show, featuring the biggest tracks in R&B, hip-hop, grime and house.

But topping the Mixcloud charts isn’t exactly a rarity for this prolific pair, with DJ Arvee and DJ Stylus both dropping mixes year-round that regularly feature in our No.1 spots.

Claiming third place in this year’s most listened to shows on Mixcloud is Japan’s DJ HACKs. Expect (some of) the year’s best uplifting pop and EDM from the Tokyo-based DJ, who has developed a keen ear for the sounds topping the pop charts all over the world.

When you’ve been booked to play in no less than five venues on NYE, you’re probably doing something right. Nathan Dawe is clearly a DJ in high demand and has built a solid reputation for delivering huge shows on Mixcloud, spanning house, grime and hip hop.

This ‘Summer 17’ show is a prime example of why all the hype is justified. Nathan mixes big bassline anthems with hip-hop re-edits and grime, helping him climb to the 2nd spot in this year’s most listened to shows.

No other mix has accumulated as many minutes on Mixcloud in 2017 as ‘Vol 23’ by the Romanian-based trio Maestros del Ritmo.

Comprised of John Trend and duo Dirty Nano, Maestros del Ritmo have amassed a dedicated following in their homeland, who have come to expect the biggest deep house and tech house floor-fillers from the trio.

This show features some of the year’s biggest dance anthems, from the likes of Martin Garrix, Axwell and Clean Bandit. Congratulations Maestros del Ritmo!