It’s hard to imagine that only until a few decades ago things were completely different for women. Luckily, everything took a turn for the better so we are now safe to say that women are equally acknowledged and appreciated for their true value and hard work in most parts of the world.

Mixcloud would like to show our appreciation as well by celebrating some of the most important female names in the industry, who made an impact in the electronic music scene in the last 12 months.

Here are our top 10 female DJs loved by everybody and curated by the Mixcloud community. Happy Women’s Day ladies, you deserve it: 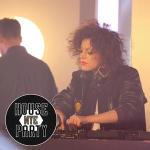 Annie Mac is an Irish DJ and television presenter who hosts an eponymous electronic dance music show on BBC Radio 1 in the UK. 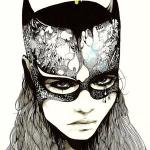 Mary Anne Hobbs is an English DJ and music journalist from Garstang, Lancashire. She fronted the Radio 1 Rock Show, used to broadcast from Xfm in Manchester and is currently the new Weekend Breakfast presenter for BBC Radio 6 Music.

Check out her 07/11 On The Road Mix for BPitch Control. 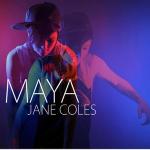 Voted ‘Producer of the Year 2011′ by DJ Mag, named ‘Best Breakthrough DJ 2011′ by Mixmag, debuting at No. 9 on the Resident Advisor ’2011 DJ Poll’, scooping ‘Best Newcomer 2011′ at the Ibiza DJ Awards 2011, many magazine covers and the likes of Anja Schneider, Ellen Allien, Damon Alburn and Tricky all queuing up to offer their praise. 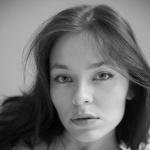 Nina Kraviz is a Siberian-born singer, producer and DJ. She runs Friday nights at Moscow’s famous Propaganda club. Apart from being a part of the Underground Quality family, she produces deep house for REKIDS and Phillip Solmann’s (aka Efdemin’s) Naif label. 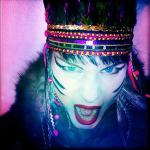 Caroline Hervé, better known by her stage name Miss Kittin, is a French electronic music DJ, singer, and songwriter. She released her debut solo album I Com in 2004 and second solo album BatBox in 2008.

Listen to Miss Kittin’s live recording of her set at Igloofest in Montreal, Canada this January. 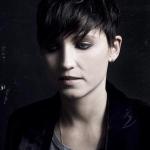 Magda is an artist who can never be pinned down, no matter the timeframe or time signature. Any one of the Detroit-raised artist’s DJ sets or productions breeds a rare feel of mystique and discovery.

Check out her 1-hour set at the Ibiza Global Radio station in August last year. 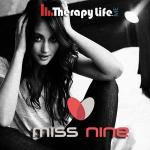 DJ Miss Nine has been a major presence on the dance scene for quite some years now. With her eclectic taste in music, ranging from energetic grooves with plenty of vocals to a deeper, progressive sound, Miss Nine turns heads and moves feet everywhere she performs.

Tune in to Miss Nine’s exclusive mix for Therapy Life. 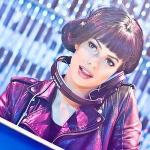 Scarlett Etienne, 26, has established herself as a major player on the international DJ circuit. Whether she is DJing in the underground scene at nightclubs like Watergate in Berlin or The Nest in London, Playing keys on stage with Nile Rodgers and Johnny Marr at Montreux Jazz Festival she is constantly on the global move delivering her dazzling, fresh sound.

Listen to Scarlett’s guest mix for Don’t Stay In. 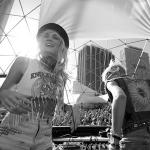 NERVO are sisters Mim and Liv Nervo. Throughout 2011 these multi-talented
Australian DJs began to make serious noise in the Dance world. They are also hit
songwriters, producers and artists in their own right.

Find me on mixcloud under sister screamer

Cheers for the mention

Great post, I’m checking some of their sounds out now. I also recommend Zavoloka and Terre Thaemlitz!
Unfortunately, one cannot say “that women are equally acknowledged and appreciated for their true value and hard work in most parts of the world”. When this comes true, a Women’s Day will maybe not be needed anymore…