This year Stag & Dagger have partnered with Mixcloud to bring you exclusive DJ mixes from some of the promoters and artists that will be making appearances at this year’s festival.

The S&D crew will be producing a series of weekly Cloudcasts in the run-up to the 2 day, 2 city event… 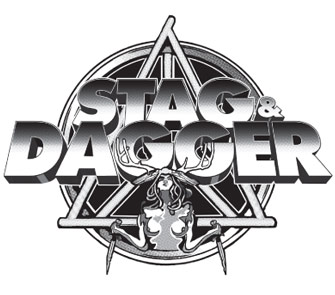 STAG & DAGGER is East London’s first and most accomplished multi-venue festival. Since it’s launch in 2008 it has began to snowball, picking up more bands, DJ’s and venues along the way. 2010 will be it’s biggest & best year yet as Stag & Dagger returns to London and Glasgow for its third year, with over 100 live music acts and DJs in the one-ticket-gives access to all, multi-venue festival. As always, along with established names on the bill, Stag & Dagger promises to showcase some of the most up and coming new bands and DJs from around the world. Previous festival editions have featured Cold War Kids, White Denim, Rusko, Archie Bronson Outfit, Diplo, A Trak, Filthy Dukes, Evan Dando, Andrew Weatherall – expect more of the same in 2010! Watch this space for exclusive mixes from some of this year’s promoters and acts! LONDON – FRI 21st MAY GLASGOW- SAT 22nd MAY

Check one of their latest Cloudcast, via Deadly Rhythm Soundsystem:

This week’s cloudcast is brought to you by Deadly Rhythm Soundsystem, the guys behind one of the biggest parties in South London, Deadly Rhythm, who will be making their inaugural appearance as as Stag & Dagger promoters this May. Their mix showcases the sort of forward-thinking style, punctuated by the lowest of low-ends, that has established Deadly Rhythm as pioneers of cutting-edge bass music.

You can also win a DJ slot at the festival through Mixcloud – more info on the competition here!